Getting into this box is what's best for both of us. During your time in the box, you will learn so much, and yet experience so little. It's a wild ride, my friend, one well worth the time spent...and let's face it, you don't have much to do these days anyway.

Being a pawn of reaction.

There's a short piece by The Legionnaire on visualising the struggle between Reaction and Progressivism as a chess game.


The pawns in our side would be your average individual who reads reactionary blogs and sometimes even comments, but lacks a blog or other platform from which to espouse such ideas.  These foot-soldiers will become increasingly important in the long-term (very long-term?), but for the next few years growth in the number of pawns will only serve as a measure of how easy it is to notice the societal dysfunction.

A pawn is a piece. A small piece, perhaps, but still a piece. Cogs, nuts and bolts are what enable a machine to enact its will upon the world. There is no shame in admitting you are a pawn - at the very least, you have a purpose to serve, at the most, it is a starting point to greatness. The nature of hierarchy demands that the vast majority of reactionaries be pawns - like the socio-sexual hierarchy, everyone is measured on a sliding scale, and there is only room for so many movers and shakers. If everyone is alpha, then no one is.

You may be a pawn. While others may pontificate at length and hold discussions on their blogs, refine the ideas of neoreaction, your role is to be the boots on the ground and bring others into the fold.

As a foot soldier of the reactionary side, a pawn will often be the first encounter many people will have to neoreaction, whether in meatspace or out. The reason for this is simple: there are more pawns than any other piece, and they are to be found on the front lines and boundaries where they can interact with or be stumbled upon by pre-reactionary individuals in their daily lives. Maybe you're the slightly funny but likable guy at church who draws attention to certain Bible verses and argues over how they're interpreted, or the guy who helps out at the local pre-reactionary ground and hands out links to reactionary blogs and websites, or the young mother who truly keeps house and invites her peers over to get a glimpse of what they're missing.

You may not have an openly reactionary group like the Golden Dawn in your area to provide boots on the ground in an organised fashion, but the boots of a lone wanderer and hopefully, agent provocateur in your own small way are no less valuable. Legionnaire suggests infiltration, putting on a leftist mask and sowing doubt within the mindless zombie ranks. Anarcho-Papist prefers a more confrontational style true to himself. Bulbasaur prefers anti-prometheism: hastening the leftist singularity and revealing its inanities:


Such reservations assume that Liberalism’s existence is a rational development of human history, and not a bizarre aberration given power through its profound inconsistencies… Inconsistencies that express themselves in our day-to-day world as pious secularism. Inconsistencies like individualism and equality. Like “Judeo-Christian nation.” Like Humanism and/or Abortion. Like marriage for degenerates. Et cetera, ad nauseum. In this left-wing reality the real and the ridiculous overlap to a frightening degree.

This will help to bring the Left as far into dildosingularity as possible. All the while, continuing to teach the Vaisyas our ways and stoking their hatred of Brahmins.

Whatever role you choose to take on the front lines of this conflict, remember that to those whom you are attempting to sway, you are literally the whole of neoreaction. Working on improving yourself and gaining some skills to hold your ground are necessary; while a pawn may not fly across the board, it nevertheless moves forward. You may be a midwit, but you aren't stupid (otherwise you'd be at home watching Insert country here Idol). Get rid of any conflict avoidance tendencies as best as you can (hard, I know from personal experience), because you will encounter conflict in some form, no matter what you do. You're going up against the system and in many cases, people whom literally are brain-damaged (underdeveloped amygdalas, by extent of r/K selection theory) and see you as evil. While Anarcho-Papist and Aurini suggest some techniques for getting people over to your side through minimising conflict, you will eventually run into a True Believer.

If words aren't enough, lead by example. The (wo)manosphere is a good springboard for this; it's much harder to dismiss a well-groomed, physically fit, confident-looking guy or a pretty, slender and well-groomed girl with a smile on her face than it is to dismiss Mr. Scruffy or Little Miss Pajama Pants.

Find a strategy you're comfortable with. Sow dissent. Have an out ready. The articles I linked have suggestions for those, and more. Break bread with those in your social circles and say mildly uncomfortable, politically incorrect things that make them think.

2. A pawn is backed up by the other pieces.

So you're a midwit with an IQ in the range of 100-120. That's all right - one of the tenets of neoreaction is hierarchy. Everyone has their place in the order, and that is a good thing. Maybe you don't have any stunning insights of your own to contribute, but your job on the front lines is to spread them. Those of the high and low theories have already done the intellectual heavy lifting for you and supplied the statistics and data. They've given you a general strategy to follow and the ammunition required to put it into action; the least you can do is accept it. 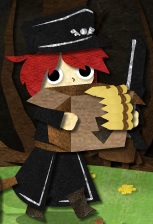 If you can move two squares on your first turn, unless there's a particularly compelling reason not to do so...why not? Accept help and support, there's no shame in it.

That's not to say you don't think - like I've mentioned before, an important part of being a good follower is picking a decent leader and provide feedback to make sure the leader stays on track and doesn't go loopy. Neither do you blindly regurgitate arguments without understanding them first, because you'll inevitably run into something you don't have a pre-programmed response ready for. So while you may not have the intellectual wherewithal to create, at least read, understand and internalise so you can do some quick improv when need be.

Remember that internet arguments, where you have access to all your statistics and arguments at your fingertips, are wildly different to real-life arguments, where you don't and have to deal with face-to-face issues such as hysterical shrieking and intimidation. No, a hipster threatening to punch you may not be very threatening and may even be amusing, but you will be the one in legal trouble if something does break out, and everyone will remember you as the evil right-wing thug regardless of circumstances.

So know your stuff, and know it well. The other pieces will support you while you cross the board...

3. A pawn is is expendable.

...And in turn, you'll be expected to support the other pieces in turn. A pawn is expendable, such is the truth of the situation. If a piece must be taken, better to lose a pawn than a knight or rook; it would be better to lose nothing, of course, but if it is unavoidable...better an individual no-name member be shamed than a leader or the whole organisation.

Better to let others think there's a problem with you, rather than reaction as a whole. The average lumpenproletariat is already inclined to the latter, no need to make things worse. If you do have to concede an argument, do your best to sway the perception that it's your own failing, rather than that of the sources. Again, not everyone may be comfortable with this, so pick the amount of self-sacrificing behaviour you're comfortable with and go for it.

4. A pawn is promotable.

And finally, this. If you believe you have some great insight, or have discovered some breaking study, or have a brand new counterargument to some talking point, then by all means put it up and spread the word. Promote yourself, if you will; your fellow reactionaries will hear what you have to say and judge your message on its merits. A pawn today does not have to stay a pawn forever, if it does cross the board.

You can start a blog espousing these ideas, or if you're feeling more adventurous, start a small group or regular meetups like some more daring individuals have done. Of course, starting an explicitly reactionary group or meetup may be quite hard (I only know of one at the moment), but groups that have other purposes which nevertheless advance the reactionary cause (such as Joseph of Jackson's little group of men who use game precepts to help take back progressive churches) is a distinct possibility.

This is not so easy for the other pieces. They already have their own established platforms, contacts, and audiences. To go from being a bishop to a rook means that one needs to get used to moving straight, as opposed to diagonals; to move from say, blogging about HBD to theistic reaction carries with it risk, as well as alienating a portion of the audience. However, the pawn who has nothing can easily build something.

A pawn, while comparatively weak, is not powerless. Like all others, still has the ability to take other pieces, block movement, and defend other pieces. One just has to be more circumspect about it.
Posted by The Observer at 02:35

Email ThisBlogThis!Share to TwitterShare to FacebookShare to Pinterest
Labels: Reflections

People outside the box